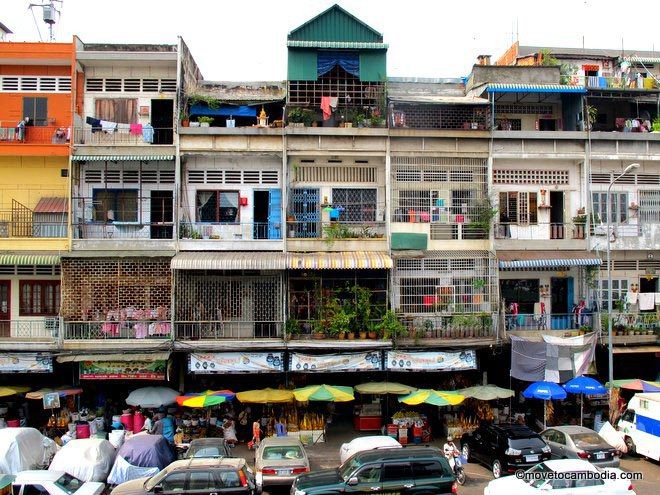 Can a foreigner own property in Cambodia?

“Yes, foreigners can own property in Cambodia but there are restrictions. Foreigners can only own properties on the first floor or higher (not the ground floor), up to 70% of any one building, however this only applies to buildings with a strata title. A strata title is a type of hard title that allows an owner to divide a building into multiple individually saleable properties, this is also known as the “condominium law”, it is generally only granted to new condo buildings that are being built for this specific purpose.

Currently, this law is not being regularly enforced, this is why you will hear stories of people who hold titles to properties around the city. There is a level of risk assumed with acquiring property in this way as it is subject to enforcement at anytime.”

What are the requirements for a foreigner to own property in Cambodia?

“To purchase property in Cambodia all you need is a current passport and visa. However, I would strongly recommend that you have someone advise you through the process, such as a real estate agent or a lawyer. It is important to conduct a title search before purchasing property. The title search will confirm who holds the title to the property and reveal registered mortgages or other encumbrances. Bear in mind that there can be other impediments to transferring which are not visible through a title search, e.g., a claim by a senior politician to the property. The buyer will not be given the actual title to conduct the search, because this is the sellers’ only evidence of ownership. The buyer will instead get a copy of the title, and it is important to confirm that it is a recent copy.”

What are the advantages and disadvantages of long-term leases over buying?

“Long-term leases, lasting between 15 and 50 years, are an alternative way for foreigners to invest in Cambodian property. Prior to December 2011, leases could be granted for up to 99 years in accordance with the Land Law (2001). However with the entry into force of the new Civil Code, the maximum term of a lease has been reduced to 50 years. Leases granted prior to December 2011 will still be respected, up to a maximum of 99 years.

A clause can be inserted into the lease requiring the owner to get the lessee’s permission to sell, and/or entitling the lessee to convert to full ownership with the lessor’s cooperation. In addition, a ‘block sale notice’ can be registered with the Land Office, instructing the office not to sell the property without the lessee’s permission. Also it is often possible to put a renewable clause in the agreement.

Long term leases can now be registered at the national Cadastral Office and noted on the property title deed. In addition, a separate certificate may be issued to the title deed noting the lessee’s interests in the property. This Certificate of Perpetual Lease of Private Unit can be used as security to obtain financing. Additionally long term leases are assignable, sellable and bequeathable. This makes them similar to a freehold property but only for a limited time, which has both an advantage and disadvantage.”

What is the process if a foreigner wants to buy a ground-floor apartment or land in Cambodia?

“During the Democratic Kampuchea regime (1975-79), the Khmer Rouge abolished ownership of property and destroyed all existing official property records in Cambodia. At that time, all property belonged to the State and there were no private owners. After the Khmer Rouge fell, and for the next ten years, the right to own property was still not recognized and all property was owned by the government. In 1989 a Land Law was issued which established a framework for the recognition of property and property rights throughout Cambodia. In 2001 the Land Law was updated in an attempt to further clarify property ownership.

Under the Land Law property can be registered in two ways, systematic registration and sporadic registration. In the systematic system, the government targets plots of land to measure, register and title, this will continue until the whole country is complete. In the sporadic system, the owner initiates the title registration through the central Cadastral Office. There are currently two types of titles legally recognized in Cambodia, soft titles and hard titles.

The majority of property in Cambodia is legally held under a soft title. Property held under a soft title is registered at the local sangkat (council) and Kahn (district level) but not at the national level. soft title documentation can take a variety of forms, such as a letter of transfer from the previous possessor stamped by the sangkat or district office, a possession status certificate from the local sangkat or district office, or a building application. Buyers wanting to purchase a soft title property should conduct their own due diligence, at the sangkat or district office to confirm whom holds the soft title to the property. Similar enquiries should be made with the property’s neighbours. The property boundaries should also be carefully checked, as borders are often not properly demarcated and overlaps can exist. Often a soft title is prefered due to the taxes, fees and the processes involved in obtaining a hard title. However, the option to convert from soft title into a hard title is a right, either when systematic registration occurs or via sporadic registration.

A hard title is an ownership certificate which is issued by the Cadastral Office and recognized at the national ministerial level as well as at the sangkat and district level. A hard title is the most secure form of ownership, its registration should be the only evidence required of an indefeasible title.

There are pros and cons to both hard and soft titles. The most recent numbers accounting for title types in Phnom Penh found that currently only 10% of properties have hard titles, whilst 82% have soft titles, and 8% have no title at all. That being said, it is obviously much easier to find properties with a soft title, processing is faster, government fees are excluded, and it can later be converted to a hard title. hard titles on the other hand, though they include fees and take longer, offer you indisputable ownership, the history of the property, and leverage for bank financing.”

If a property only has a soft title available, is it still worth considering?

“A soft title is definitely still worth considering, depending on what you intend to do with the property. Current trends in Cambodia include “flipping” property – buying, renovating, and reselling at a higher value. Also very popular, is buying and reselling to locals for development. In both of these scenarios the intention is not to hold the property, but rather resell it in a relatively short time period. In this case, regardless of the title type, with conditions as they currently are you should have no problems selling your property in the current market. However, If you plan to live on the property or invest a great deal of money in hopes of value appreciation, then a hard title would be the better choice, as it is more secure and will stand the test of time through varying market conditions. soft titles are currently the norm, and are being bought and sold without any problems. However, they do not hold the same security that a hard title does.”

To resume, soft title and hard title are both properties titles delivered by government institutions. Both are registered through Sangkat and Khan, with only the Hard title registered at the Cadastral Office (which is handled by Ministry of Land), The Cadastral Office role is to deliver official record of boundaries measurement of a plot of land.We understand then clearly the importance to have a hard title for a property that is a ground floor land, to avoid any overlap and claims by neighbors or others.This level of security is far less important when it is about an old upper floor flat (meaning not a condominium under the strata hard title law) which is registered through a SOFT TITLE. The exact address + floor level is properly written on the title delivered by authorities. Also, from July 2014, the area in Square meters of the flat and the name of next neighbors is mentioned as well. The boundaries been the walls of the flat of course. Contact our Asia Business Brokers representative in Phnom Penh by email at cambodia@asianbusinessbrokers.com or phone +855 81 782 280. 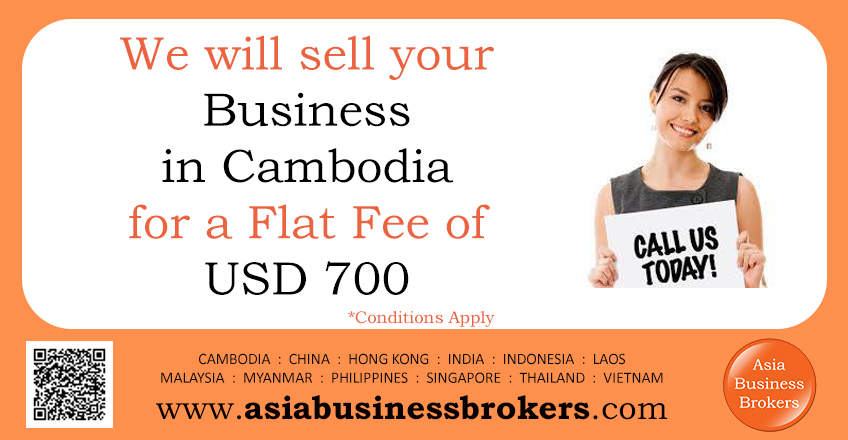 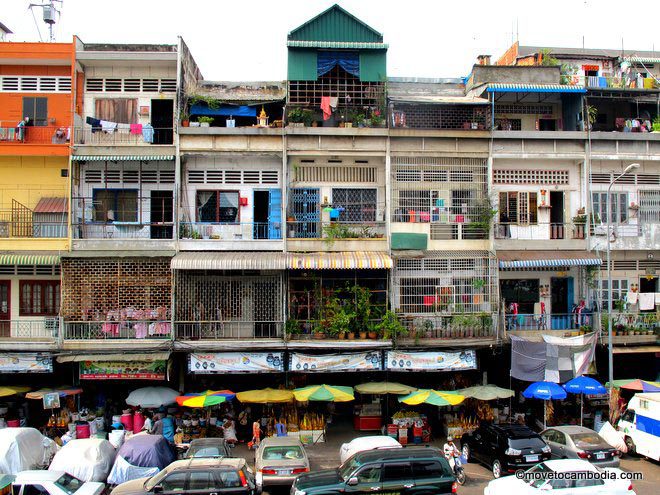 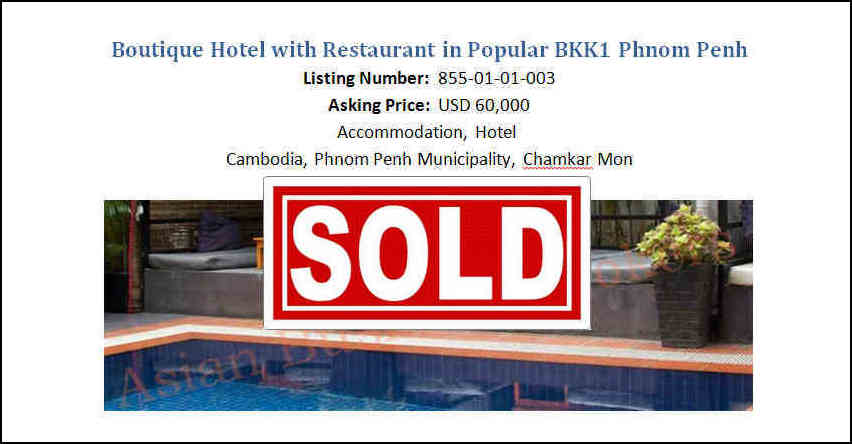 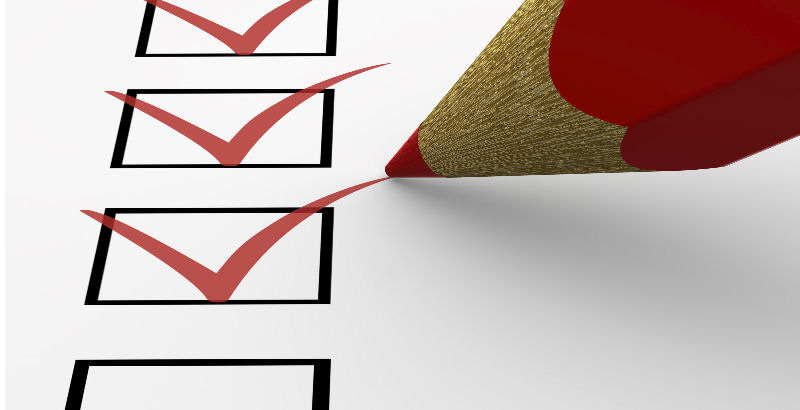